CLEVERIN GEL for indoor protection against viruses and allergens, 150 g 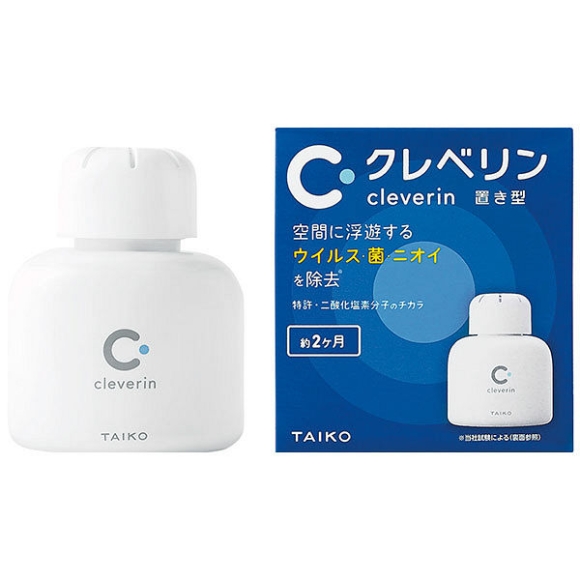 Compact virus stopper Cleverin Gel with a gel consistency, it is convenient to use for disinfection of premises. Destroys 99% of all viruses and bacteria in the house. Put it in any room, in places not accessible to children.

Cleverin Gel, this is the protection of the house, and all household inhabitants, including small children. The uniqueness of the invention lies in the fact that the main component of "Blocker CL-60", chlorine dioxide (CLO2), was obtained in solid form for the first time in the world and placed in an individual sealed aluminum package. Chlorine dioxide is remarkable because it acts instantly. It blocks the spread and transmission of viruses and bacteria by oxidizing their protein structure. Miracle gel for the home, destroys almost all known pathogenic viruses, bacteria, fungi, as well as unpleasant odors and pathogens of allergies in the form of pollen around itself within a radius of 3-10 m. In addition to the chlorine dioxide itself, there are a couple of ingredients in the device that the manufacturer (Envroy Co. Ltd) keeps a secret, as well as the production technology itself.
Scientists have proven the absolute safety of the invention for humans, which allows even pregnant women and infants to use it! The device quickly gained the well-deserved attention of the Japanese, becoming an invariable attribute of the house and social and children's institutions. Despite the fact that "Cleverin Gel" is produced only in Japan, it is gaining popularity abroad.

Application: pour the contents of the package into a bottle and put on a special cap. Put the bottle on any place that is not accessible to children. Preferably one in the hall and one in the bedroom. But you can do with one for the whole apartment. The cap can be periodically closed and opened by half, at the very beginning of the action. And after a month, open it completely. If someone is already in the family, someone is sick, then immediately open completely.

After opening, sign the date and use up to 2 months.

We unscrew the white cover, remove it.

Be careful, keep it in a horizontal position, so as not to spill liquid inside.

Pour the gel from the attached bag into the bottle. Do not mix, do not mix.

Leave for 15 minutes, check whether the gel has become solid. We close the blue lid.

By scrolling the blue lid, you can also adjust the degree of effectiveness plus the smell of the product itself (it smells like something chemical). If it seems that it smells very sharp, leave it in a draft for a while.

Put it higher, in inaccessible places for children.

Use on the premises up to 20 square meters.

In the set with the blocker there are stickers where you can enter the date and stick it on the bottle.

CLEVERIN GEL Gel for indoor protection against viruses and allergens, 150 g
In stock